UNSC Resolution 2334: Too little, too late

UNSC Resolution 2334: Too little, too late 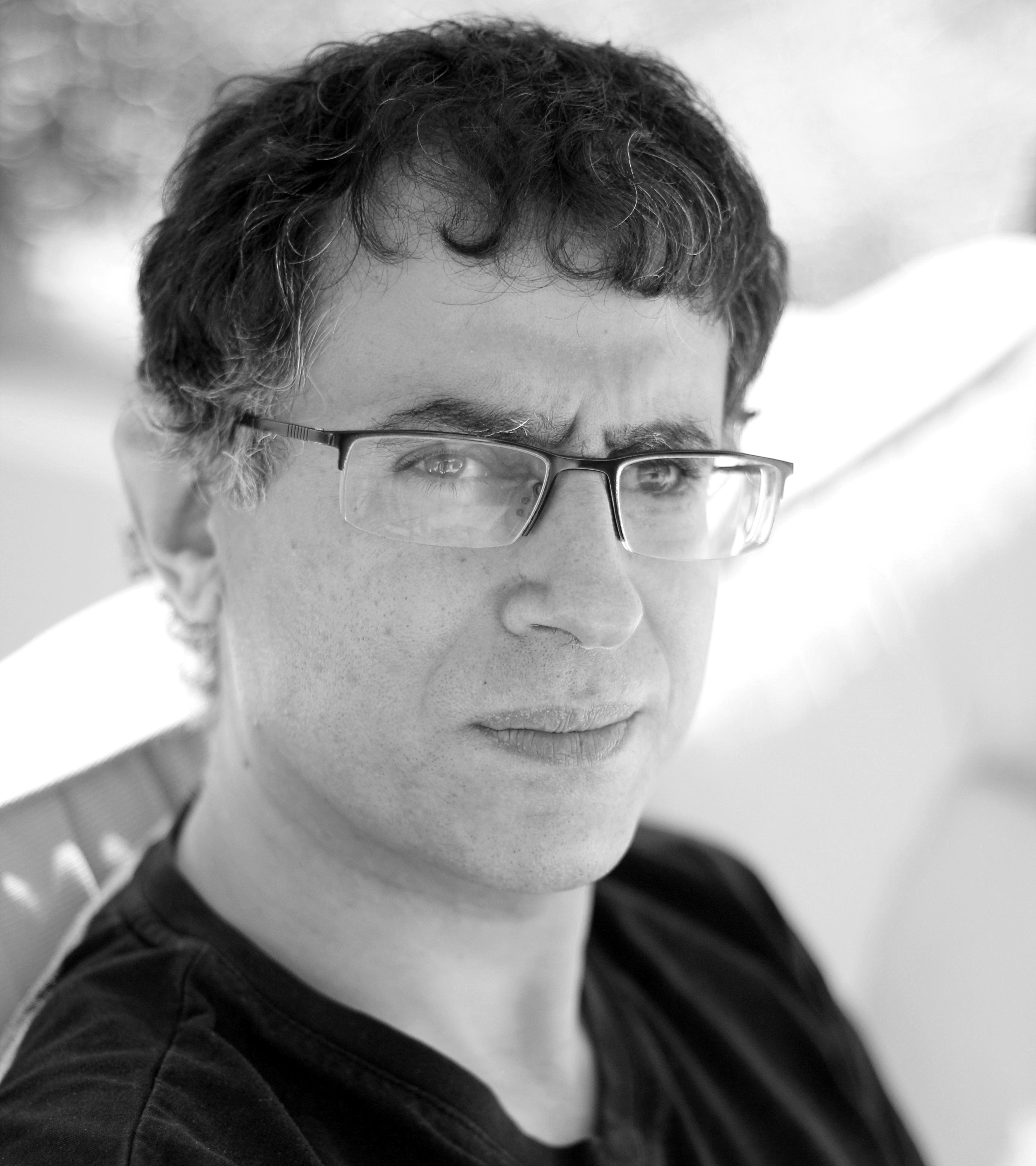 Coronavirus crisis in the service of a ruthless leader

We are living under a quasi-authoritarian regime, headed by a single ruler who is exploiting a real crisis to take unprecedented measures to cement his power, trampling basic civil rights in the name of “fighting the pandemic”
Prime Minister Netanyahu’s press conference last Saturday made it clear that we should all be afraid, very afraid, of the political threat looming over us – which is no less dangerous than the national health crisis created by the coronavirus.

Some Israelis see true leadership in Netanyahu’s handling of this unprecedented health scare. They forget that in recent years, the prime minister has proven beyond a shadow of a doubt that Netanyahu works for himself only. Everyone in the healthcare system and across the political board knows that public healthcare in Israel has been in a terrible downward spiral for some time. Netanyahu has done nothing to fix it, since pressing questions on the subject “bore us”.  The governments he has headed, breaking a national record for successive terms in office while retaining several important portfolios along with the premiership, have neglected the vital services the state is supposed to provide its citizens.

Apparently, run-of-the-mill Israelis bore Netanyahu. We are supposed to be grateful to Mr. National Security for life itself, regardless of its quality. Does that make sense? Sure – in an authoritarian regime.

Netanyahu has already demonstrated his willingness to trample every law, procedure and custom underfoot. Now, he is even ready to exploit a true crisis to stay in power. That is our prime minister, and that has been his modus operandi in recent years. The right understands this just as well as the left does. The honest among them even admit it – but as Netanyahu is serving their ideology, they have no bone to pick with him. On the contrary: let him do everything he can, which is actually anything he wants, to keep the “traitorous left” and the Arabs away from power.

Any clear-minded Israeli has not a single reason to believe Netanyahu will act with integrity and responsibility during this crisis. Over the last year, Bibi has installed yet more puppets in positions of power, some as ministers, all of them devoted to a single cause: keeping him in power at all costs. Actions that were legally, politically and publicly unthinkable five years ago became possible a year ago. Things that seemed impossible a year ago became reality a month ago. What was preposterous until last week is now unfolding before our very eyes.

Israel’s current reality is best described as an authoritarian regime headed by a single ruler who is exploiting a true crisis to take unprecedented measures to cement his power, trampling basic civil rights in the name of “fighting the coronavirus”. If the Knesset, including the Sub-Committee on Intelligence and Secret Services and former chiefs of staff, refuses to play along with emergency regulations that bypass parliamentary oversight – they are all overridden “in the name of urgency”. Yes-men inserted in crucial positions in advance thwart a democratic procedure to replace the Knesset speaker even though it is backed by a parliamentary majority – a principle Netanyahu’s regime touted until recently as the ultimate expression of “the wish of the people”.

Our neighbors in the Middle East are authoritarian states, and we have been sliding into a similar situation in recent years. The corona pandemic, which erupted in the middle of the worst political crisis in Israeli history, is speeding this process up. Democracies have crumbled, or failed to rise, in many countries throughout history. Israel and its citizens are not immune to a similar fate. In fact, we have never been more vulnerable, after years of the dangerous, unruly rule of Netanyahu’s Likud party.

Now Netanyahu is telling us stories. Every evening, on prime-time TV, he regales the public with tales of his brilliant crisis management, as his obsequious ministers gaze upon him adoringly. The truth is that the ones managing crisis after crisis are Israel’s civil servants, who are still loyal to their professional responsibility because Netanyahu and his people have not yet replaced them with yes-men, as they have in other institutions. Netanyahu and his lackeys in the ministries of justice, health, foreign affairs and “strategic threats” – and let’s not forget former minister and current sycophant Ayoob Kara, who has us all waiting with baited breath for his “Evgeny machine” to save us – are the terrifying mask hiding the people who continue to grit their teeth and work quietly. If the citizens of Israel are being saved from anything, it is thanks to the civil servants and healthcare workers collapsing for lack of resources, and in spite of Netanyahu’s smug puppets.

Netanyahu is a ruler, not a leader. If he were a leader, our hospitalization system would not be in a permanent state of dysfunction, and our healthcare system would be capable of running comprehensive coronavirus tests to allow the government to prepare for what lies ahead based on real data. Since he is a ruler, Israel’s healthcare system is flailing in the face of the coronavirus, and the steps that are being taken are technological surveillance of citizens and suspension of the court system. That is how an authoritarian ruler thinks, and especially Mr. National Security, whose has always spoken the language of security above all. At first it was only against Palestinians in the Occupied Territories. Then it was against Palestinian citizens of Israel, who have not been spared his criminal incitement against them and their elected politicians even at a time of national crisis. Now, it is our turn. Yay.

If any center-left opposition remains in Israel, it will refuse to enter Netanyahu’s government under the terms of surrender he is offernig. Gantz and Lieberman are already giving encouraging signals in that direction, and other senior politicians and government officials who once worked with Netanyahu – Ya’alon, Lapid, Hendel – know exactly how he operates. We can only hope that the non-Bibi bloc will move to immediately topple his government, and until then support it externally to ensure careful management of the crisis. At the same time, let us hope that Netanyahu’s many rivals and opponents will put up a sturdy fight against his persistent attempts to cement his authoritarian rule on the wings of a global pandemic.

If Netanyahu were a true leader, if Israel and its citizens were truly his top concern, he would offer the Joint List a place in his emergency government. That could start healing the rifts between the various segments of the Israeli population he has turned against each other in recent years – Arabs, Jews, Druze, religious and non-believers, the ultra-Orthodox, the left and the right. But Netanyahu is no leader, and he doesn’t care about us. He is a cynical ruler who will do anything it takes to fortify his power. So far, he has practiced separation in order to rule; if we let him, he will introduce surveillance in order to rule. Hopefully, the centrist Blue-White and the left-wing parties will not forget that.

If you think this is delusional, just listen to all the people suffering anxiety after prolonged exposure to Netanyahu – that is, half the citizens of Israel. This interminable prime minister, whose time and practices in power are beginning to look a lot like those of Arab rulers, has reduced Israelis to mistrusting every step his government takes and assuming they are merely another corrupt power grab. What is truly frightening is that the last few years have proven every delusional scenario about Netanyahu eventually becomes a reality. He really is ruthless.

That is Netanyahu’s ‘leadership style’. It is just about the last thing a country needs when dealing with a pandemic. Food for thought for anyone admiring Bibi’s ‘crisis management’.

Dr. Assaf David is the academic director of the Forum for Regional Thinking