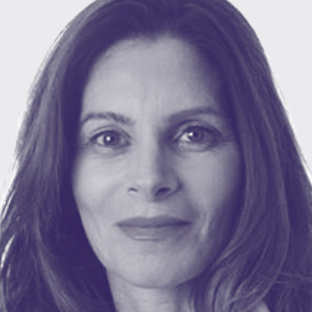 Representation of Queers in Arab Cinema

Non-straight characters are nothing new to Arab cinema. How has the portrayal of LGBTs in Arab media changed over time, and does it reflect a substantive change in society toward them?

From its early days, Arab media offered various portrayals of LGBT folks. The earliest representation was of the khawal (men’s characters dressed as women). The khawal first emerged in the Ottoman Empire, where in the mid-19th century, women were banned from dancing in public, and they were replaced by young men who danced cross-dressed. The Egyptian called them khawal, a mispronunciation of the word khill, in Arabic: friend, companion. In Egyptian cinema, such characters appeared as early as in the 1930s and 1940s.

The Egyptian movie, Bint al-Basha al-Mudir (The Daughter of the Principle Basha, 1938), directed by Ahmed Jalal, as the first Arab movie with LGBT themes. The movie’s plot weaves through motifs about confusion of gender identity, focusing on the character of Aisha, who is forced to dress as her brother Hikmet and replace him in his position as a teacher in a large rural estate. Aisha dresses herself in men’s attire, which represents the type of dress of the afendia class of the time (a hybrid dress – eastern fez and a European suit and tie). Badria, one of the daughters of the estate owner, falls in love with Aisha and tries to seduce her, in the first homoerotic scene in Arab cinema.

For many years, homosexuals were represented in Arab films as grotesque and one-dimensional characters, which were ridiculed and were often based on racist stereotypes and prejudices. Prominent examples of this phenomenon in Egyptian cinema appear in the movies Isha’at Hobb (Rumors of Love, 1960), Bahth ‘an Fadiha (The Search for a Scandal, 1967), and al-Irhab wa al-Kabab (The Terror and the Kebab, 1992). Most of the characters of homosexuals in Arab cinema are of supposedly straight men with feminine voices and long hair who do not abide by patriarchal codes. These characters are often bohemians, engaging in art, belong to a high social class, and were affected by Western culture.

Egyptian cinema would routinely reiterate the message that the West in general and British colonialism in particular is negatively affecting Muslim and Arab morals, and this manifests not only in consuming alcohol, using drugs and listening to pop music, but also in sexual orientation. Thus, similarly to other negative phenomena, homosexuality is a result of a diabolic Western plot intended to subvert public morals in Egypt and the Arab world.

The first movie in the Arab world to showcase a homosexual character was Zoqaq el-Modaq, released in 1963, which is a cinematic adaptation to the 1947 novella Midaq Alley by Naguib Mahfouz. The sexual orientation of the protagonist was not openly stated in the film, but it was clear that his wily and loathsome character, as a pusher of drugs to British soldiers stationed in Egypt, is indicative of his low moral standing, which is a direct result of Western influence.

Another type of representation of homosexuals in Arab cinema come out of a judgmental narrative that tries to provide an ‘explanation’ to the phenomenon. For example, in the movie Imarat Yacoubian (The Yacoubian Building, 2006), based on Alaa’ al-Aswani’s 2002 book. The novella and movie are a scathing indictment of Egyptian society for its many ills: public corruption, moral degeneration, class differences, sexual harassment and political and religious oppression. But the main argument of the book and movie is that everything can be bought with money: a position in the parliament, marriage and even love. In this context, homosexual love is also presented as a mechanism of control of power relations in society – Hatem Rashid, the gay aristocratic journalist of French origin, abuses his economic and social status to demand sexual favors from a married man.

Similar to other films, it presents a judgmental narrative implying that homosexuality is a ‘disease’ caused by parental neglect or sexual abuse during childhood. In The Yacoubian Building, the ‘blame’ is cast on Hatem Rashid’s French mother, who did not prevent his abuse as a child. Therefore, in this film as well, the West is to blame for homosexuality.

This movie aroused a great deal of opposition in the Egyptian parliament, whose members argued that it harms public morals and offends the religious sentiment of the Egyptian people. Khaled Youssef’s film, Hena Maysara (Until Everything Works Out, 2007), which included an intimate scene between two women, was condemned by conservative circles in Egypt.

These reactions, the illegality of homosexual relations in all Arab countries except Jordan and Bahrain, and the fact that most members of the LGBT community still live in secret in the Arab world, led to the portrayal of queer characters in Arab movies on the margins of society. Homosexuals have been depicted as negative or manipulative characters, and always in supportive, secondary roles. However, the social-cultural changes brought about by the Arab Spring uprisings led to changes in the treatment of LGBTs in Arab society too, and this trend is reflected in cinema as well.

In recent years, a number of Arab films have come out dealing with the subject: in Lebanese cinema ( Room for a Man, 2017, Chronic, 2017, This Little Father Obsession, 2016), in Tunisian cinema (The Shadow, 2016), in Moroccan cinema (The Salvation Army, 2014), and even in Emirati cinema (Only Men Go to the Grave, 2016). In these films, for the first time in the history of Arab cinema, LGBTs are the main characters and stars of the movies, and their sexual orientation is obvious and presented as natural.

The conflict between the message filmmakers are trying to convey in their movies, and the ability of the public to accept such content is reflected in the words of Marwan Hamed, the Director of the film Yacoubian Building: “It was a thin line between trying to be daring and pushing away the audience.... We need to talk about the taboos, and we need to cancel the word 'taboos' from our lives - we need to talk about everything to become better. If we don't, if we hide everything in denial, how are we going to become better?"

Article / Zeev Levin
We Would Like to Support the Jews. Are There Any Left Here? Article / Keren Abbou Hershkovitz
What Use Are Feminist Interpretations of Islam? Article / Shmuel Lederman
The Politics of Holocaust Remembrance Article / Mikhael Manekin
Is it possible to fight against separation and promote it at the same time?