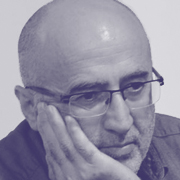 A Kingdom Under Pressure: External Threats and Domestic Discontent

Jordan took in all the outcasts created by Arab civil wars while remaining relatively stable. Recent protests ushered in a new government that faces complex challenges

Someone would have had to invent Jordan if it didn’t exist. In fact, cynics argue, someone did. The kingdom’s historic role as caretaker for the wounded and wretched of the Arab world has been the secret to its success – and also a major threat to its stability. This fact is made evident every so often, when masses take to the streets of Amman to protest the cost of living. Most recently, demonstrations by the oppressed middle class got the government replaced.

The last wave of protest erupted after the government introduced a series of economic measures based on adding new taxes. A particularly odd example is that all citizens must now file personal income tax reports using forms they have to purchase at 20 USD – despite a minimum wage is around 300 USD a month.

Although Jordanians care most about socioeconomic issues right now, the protest was broader. Jordan’s economy has suffered in recent years, especially due to an influx of Syrian refugees – some placed in temporary camps on the northern border and others making it in cities – and the middle class is losing patience.

Most of the Syrian refugees are destitute, unlike the wave of Iraqis who immigrated to Jordan in the 1990s and early ‘00s. Most of the latter were supporters of the regime who, Jordanians relate, fled home with suitcases stuffed with dollar bills. One Jordanian engineer told me in a friendly conversation just how wealthy the new immigrants were: they would buy a house in an exclusive part of Amman, demolish it and built a new one to suit their tastes! The Iraqi demand led to a spike in real estate prices that were difficult for the average Jordanian to afford.

To ease this financial toll, in recent years the government has required Syrian immigrants to find a Jordanian partner for any business venture whatsoever. Also, the new government was quick to announce that Jordan will not accept any more refugees fleeing the battles in southern Syria. Spokespersons stressed that the kingdom was closing its borders to refugees. The Arab world responded with a deluge of criticism, cautioning that the longsuffering Syrian refugees may become bargaining chips and endure further misery at the hands of regional neighbors.

In the past, Jordan welcomed all the outcasts born of civil wars in the Arab world – from Lebanon, Syria, Iraq and the Gulf States. Other persecuted groups also found temporary shelter in the kingdom, which was originally founded upon the tribes of Transjordan. In the 1940s and 1950s, Palestinian refugees helped reinforce the new country, manning public service jobs and paying taxes that upheld the state.

Yet if Jordan once knew how to capitalize on the economic potential of absorbing Arab refugees, it seems to have reached saturation point. Population growth – both natural and through immigration – has outreached the country’s economy, which relies largely on export of natural resources, trade and services. Although Jordan is an important point of passage in the Middle East, the potential income form the status is yet to be fully realized.

In addition, two structural elements burden the state and its citizens: the royal palace and the military. These two budget sections are considered taboo and the Jordanians do not dare touch them. They are automatically excluded from economic debates, which focuse on other budget sections such as raising taxes and reducing state support for services and basic goods. That is what recently drove the middle class out to the streets of Amman. The palace got the hint and was quick to form a relevant government, appointing middle class representatives as ministers and giving them top portfolios.

The new government can lead Jordan to prosperity if it channels the current pressure on the kingdom to get regional actors interested in its stability to reach into their pockets. For example, Saudi Arabia, which has until now supported a stable and even strong dinar, should be called upon to assist its sister country as part of the new order. The other Gulf States are also indebted to Jordan for being the shock absorber of the Arab world and a relatively stable oasis among shifting sands.

Yet past and future efforts to improve the Jordanian economy and standard of living may come to nothing if the US and Israel force King Abdullah to sign the “deal of the century” and face “the Jordanian option”, i.e. resolving the Palestinian question within Jordanian territory. Jordan has a Palestinian majority anyway, argue Israelis in favor of this idea.

In any case, given geopolitical changes in the Middle East, Jordan is at a sensitive point. Tens of thousands of refugees are knocking on its door as alliances and regional interests shift. The new government will have to come up with answers for internal discontent and external pressures – not an easy task for a kingdom that still depends upon the graces of regional and international forces.

Article / Elie Friedman
"War is Peace": Words and Reality in "the Deal of the Century" Article / Yagil Levy
If it’s a big enough problem, then apparently it’s a “security problem” Article / Adel Shadeed
The Tribes, Women’s Status and the Palestinian National Movement Article / Ayelet Levi
The Festival Season in Morocco