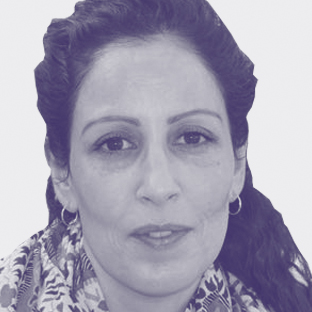 The images of Saudi women are on the frontpages of popular magazines: starting in June 24, they have been granted the right to drive. What spurred these changes, and why are twenty feminist human rights activists, most of them women, still in detention?

As heralded by the top headline of the Saudi daily al-Sharq al-Awsat, “a historic moment” occurred on June 24 in Saudi Arabia. The promise made by Saudi Crown Prince Muhammad bin Salman in September 2017, under which by the summer of 2018 the women of the kingdom will be allowed to obtain drivers’ licenses and drive within the borders of the kingdom, was realized. In their first legally sanctioned drive, the new women drivers were greeted with traffic policemen who handed them roses. Many women uploaded their photos to social media with the hashtag “the Saudi woman is driving.”

It appears that bin Salman can reflect on his first year as crown prince with a sense of satisfaction, at least regarding his policies towards women in Saudi Arabia. For example, last year, the regime began allowing women to be present in “designated areas” in sports stadiums and movie theaters (which were reopened after being shut down in the 1980s).

In addition, the crown prince promoted the appointment of women to senior positions in the local financial system, including Rania Nashar as the CEO of the Samba Financial Group (formerly, the Saudi-American Bank). Nashar’s image emblazoned the front page of the Middle-Eastern edition of Banker Magazine in February of this year, reflecting the new approach towards women that the monarchy is trying to promote, and the public relations campaign of the regime on women’s issues. The House of Saud is even recruiting women among its ranks to promote the reforms: the image of Princess Hayfa, the daughter of the late King Abdullah, on the front page of June's issue of Vogue Arabia, attests to this. On the cover, Hayfa can be seen in the driver’s seat of a Mercedes, under the headline “Driving Force.”

In light of these and other important changes, we should pay heed to the driving force behind them: they are, first and foremost, a result of economic and political interests, and not a revolution in the position of women in Saudi Arabia.

The core of many recent transformations in Saudi Arabia lies in "Vision 2030" – the economic-social action plan spearheaded by Muhammad bin Salman – which aims, among other goals, to reduce Saudi Arabia’s dependence on oil, diversify sources of income of the Saudi market, expand the private sector and decrease the reliance on foreign labor.

It is within this context that granting women the permission to drive should be examined. This step is intended to encourage women to participate in the labor force and relieve them of the financial burden and legal-moral obligation to employ a private driver, or to depend on male drivers among their relatives. According to various estimates, this move, alongside accompanying changes in the labor market and an increase in the availability of positions for women, would add about $90 billion to Saudi Arabia’s GDP by 2030.

Another motivation for the reforms is the drive to return Saudi Arabia to the path of moderate Islam that, bin Salman argues, was dominant in the kingdom until the early 1980s. According to the view promoted by the regime, which is shared by some segments of Saudi society, the events of 1979, “the mosque incident” and the uprising of the Shia in the eastern province of the country – precipitated an embrace of more radical religious and political approaches in the kingdom.

The reopening of cinemas and designation of “family seating areas” in football stadiums, mentioned above, should be examined in this context. In addition, the messaging presenting Saudi Arabia as a moderate country, and one promoting a change in the status of women, is intended to reach outsiders as well, and particularly the West; this messaging helped Saudi Arabia successful bid to join the United Nations’ Commission on the Status of Women in April 2017.

In light of the aforementioned, it appears that economic and political interests are the main driving forces behind the decisions of the Saudi regime to slightly expand the bounds of permissible activities of women in the country, and allow for their presence in public spheres that were once forbidden, or restricted. But in reality, a fundamental shift in the basic view of women has not occurred in Saudi Arabia, and their status is still subject to the Guardianship Law, which has been subjecting women to male guardianship since the 1930s. According to the guardianship regime (“the wilaya”), women are obligated to receive permission and agreement from a male authority lording over them to carry out various actions, including travel, gaining education, receiving medical care, and more. At times, the male authority is the younger son of a woman. A series of videos produced by the NGO Human Rights Watch demonstrates this well, by depicting situations occurring in daily life, and the limitations that male guardianship imposes on women in Saudi Arabia.

Those who will not have an opportunity to celebrate the “historic moment” Saudi Arabia marked on June 24 are about 20 human rights and women’s rights activists who were arrested in late May and early June, among them activists leading the campaign to allow women to drive in Saudi Arabia. The detainees have been accused of spying and include Eman al-Nafjan, Loujain al-Hathloul, Aziza al-Yousef, Aisha al-Mana among others. It is possible that the arrest of these prominent activists is intended to silence the civil campaign demanding the abrogation of the guardianship system, and to prevent protests. Another possibility is that this is an attempt by the monarchy to placate the religious establishment, which is largely opposed to granting women the right to drive.

Either way, this pattern occurred before with the arrest and confinement of some of the richest men in Saudi Arabia at the Ritz Carlton in late 2017 on charges of corruption. The regime seems to have adopted this course of action to demonstrate the fate of any resistance, civil, religious or political (from within the house of Al-Saud), to the regime.

In this climate, we are left to wonder about the fate of the detained feminist activists, and in the words of the recent Twitter campaign launched on their behalf, we must ask “Where are the female human rights activists?” #اين_الناشطات_الحقوقيين
Tweet Send Email
More Articles

Article / Gabriel Abensour
Anti-Nationalist, but not Anti-Zionist: The Political Philosophy of Rabbi Adin Steinsaltz In-depth Analysis / Moshe Behar
In Search of a Game Changer Article / Shaul Arieli
The Day Netanyahu Made a Laughingstock of Trump Article / Yagil Levy
If it’s a big enough problem, then apparently it’s a “security problem”