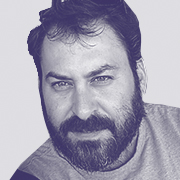 In recent years, Israel managed to convince the U.S. administration that it knows the Palestinians inside and out and knows what they need. Why should this worry those who seek a just and comprehensive solution to the Israeli-Palestinian conflict?

In the two years that have passed since Donald Trump assumed office, the ‘special relationship’ between Israel and the United States has become even more special. The Trump administration adopted steps on a host of issues pertaining to the Palestinians in line with the desires of the Israeli government. The conservative approach of the current administration explains some of these policies, but in my view, an additional origin of these policies is the success of Netanyahu and of his political-security cabinet in marketing themselves to the administration as experts on the Palestinian issue.

In recent years, through what appears to be a pre-planned strategic work and public relations efforts, Israel has been able to position itself vis-à-vis the Trump administration as an “expert”, not to say “honest broker”, with intimate familiarity with the Palestinians – one that knows what they need. This effort stemmed from short-term, internal political considerations in Israel, and not long-term thinking. Furthermore, the policy promoted by Israel is characterized by lack of judgment, and not only ignoring Israel’s deep interests, but also – strikingly – by ignoring the Palestinian interests, experts, leadership and needs. At times, Netanyahu’s government even ignored the warnings of the Israeli security establishment, which plays the role of a moderating actor largely attesting to the radicalization of Israel’s political leadership.

In recent years, we have seen a number of coordinated and complementary moves. Israel made a series of appointments of hardline right-wing officials to represent it in the United States such as the Israeli ambassador to the United Nations, the general consul in New York, and the ambassador to the United States.  In addition, the actions of the strategic affairs and propaganda ministry run by Gilad Erdan, of the Deputy Foreign Minister Hotovely and of Minister Yariv Levin, to mention just a few, to demonize Palestinians and dispute their narrative, coupled with “incriminating” reports of NGOs such as Palestinian Media Watch and the Impact-SE were used to damage the Palestinians’ reputation in the United States. This approach, conveyed to and adopted by Trump’s envoys to the region, including Jared Kushner, Jason Greenblatt and David Friedman (who sometimes does not appear to be the United States’ ambassador to Israel, but Israel’s ambassador to Israel), helped Israel obtain a monopoly on knowledge production regarding Palestinians inside Trump’s White House.

Over the past two years, the hawkish positions of Israel’s right-wing government on Palestinian affairs have become accepted as impartial analysis by Trump’s inner circle. In other words, Israel became the “adviser of Palestinian affairs” of the Trump administration, as can be seen, for example, in the U.S. decision to stop providing funding for UNRWA, the insistence on the matter of Palestinian Authority stipends to prisoners in Israeli jails, and the move of the embassy to Jerusalem.

Take UNRWA as first example. Israel is doing everything within its power to avoid responsibility for the question of the Palestinian refugees. The current right-wing government, with its propaganda arms, found the party “responsible” for the existence of the problem – UNRWA, the agency established to provide assistance to the Palestinian refugees. Sometimes this childish desire seemed to stem from wishful thinking: that if the organization disappears, so will the Palestinian refugees, as will the troublesome ghosts of Lifta, Umm al-Zinat, or from Iqrit and Biram and hundreds of destroyed Palestinian villages across Israel. Whether this is the reason behind it or not, according to many, the demand to dissolve UNRWA was and still is contrary to Israel’s long-term interests and prevents a fundamental solution to the question of Palestinian refugees. This is the argument made by, among others, academic researchers, including my colleague at the Forum for Regional Thinking, Dr. Liora Sion, and this is even the position of professionals at the Israeli Ministry of Foreign Affairs and even the Israeli military-security establishment. But all in vain: Israel of Netanyahu, Levin, Bennet, Erdan and Shaked knows better than everyone else. And the U.S. listens mostly, or perhaps only, to them. At the end of the day, the United States adopted the position of its impartial adviser and decided to eliminate its funding for UNRWA.

Israel is also concerned about the funds the Palestinian Authority transfers to Palestinian prisoners in Israeli jails who are serving time for security offenses (mostly for attacks or attempted attacks against Israelis). The conditioning of any progress in the negotiations on halting assistance to the families of the prisoners is demagogical, since no national liberation movement can turn its back on those who committed violent actions as part of an ongoing conflict. Israel’s government, however, seeks any possible excuse to derail the negotiations and deflect attention from the political context in which these crimes were committed. On this issue too, the adviser managed to spur the master into action, this time through AIPAC, and the United States Congress passed a law cutting funding to the Palestinian Authority for as long as it continues to pay these stipends.

Moving on to Jerusalem, Israel’s right-wing government was displeased that the international community does not recognize ‘Unified Jerusalem’ (including the areas occupied in 1967 and considered disputed under international law) as Israel’s capital. Israel’s leadership, yet again ignoring the analysis of the military-security establishment and this time also the position of most American Jews, managed to convince the Trump administration that if the question of Jerusalem is removed from the table, the hardest problem in the negotiations will be solved, moving the sides closer to the peace.

This logic, based on Messianic Jewish and Christian Evangelical views (which were well-reflected in the embarrassing ceremony marking the embassy’s opening in Jerusalem), worked. The United States, for the sake of “lasting peace,” of course, decided to move its embassy from Tel Aviv to Jerusalem. It did so exactly on the day when Israel marked its Independence Day and the Palestinians marked the Day of Nakba. Why not rub salt in the wounds of the Palestinians if there is an opportunity to do so? When suppressing the Palestinian protests against the embassy move, Israeli soldiers killed 58 Palestinians and injured 2,771. This day of bloodshed did everything except bring us closer to peace.

The deepening ties between the Israeli government and the White House and Israel’s positioning as Trump’s main commentator on Palestinian affairs is absolutely bizarre. It should concern those seeking for a real solution of the Israeli-Palestinian conflict; and the “deal of the century” will surely not be such a solution.

As a matter of fact, when one listens to U.S. officials surrounding President Trump, they can be heard speaking Israeli Hebrew translated to English. “Incitement in schools,” “settlement blocs,” “the Jordan valley,” “the choices Abu Mazen must make,” “Palestinian obstinacy” – all these phrases keep repeating themselves in statements of American officials, to the point that it seems that they are reading from the talking points of right-wing politicians in Israel.

Who knows – the Netanyahu government may be able to convince the current Administration that advancing peace with the Palestinians will only succeed through ignoring the core issues of the conflict, including refugees, Jerusalem, borders, settlements, water, and even Palestinian statehood. Maybe the United States will become convinced that it is possible to bypass the Palestinians entirely and advance “economic peace” with the “moderate” countries in the region, en route to a honeymoon between Israel and Gulf countries such as Bahrain, Oman, the UAE and of course, Saudi Arabia. These countries, after all, know well that building closer ties to the United States’ honest adviser on the region will help them forge better relations with the White House. Could it be that this honest advice had already been given?

Article / Yael Mizrahi-Arnaud
Peace Process on Hold: Biden's Modest Proposal for Israel-Palestine Article / Zeev Levin
The Return Of The Taliban Article / Yaël Ronen
Morocco First: Does American Recognition of Morocco’s Sovereignty Over Western Sahara Foretell the Status of the West Bank? Article / Mikhael Manekin
Is it possible to fight against separation and promote it at the same time?