links
Palestinian laborers in Israel vs. academics in the West Bank

Palestinian laborers in Israel vs. academics in the West Bank 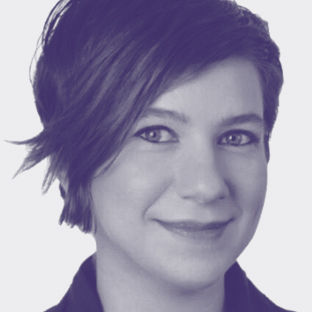 Translation of Arabic Prose to Hebrew: A Literary Act or Normalization?

Multiple works of Arabic literature have been translated to Hebrew in recent years. Has the cultural barrier between Israel and Arab countries been breached? What is behind this flourishing of translations, and why do many still refuse to have their work translated into Hebrew?

Considering the novels “Frankenstein in Baghdad” (by the Iraqi author Ahmed Saadawi), “Children of the Ghetto” (by the Lebanese writer Elias Khoury), “Homeless Angels” (or “The Sixth Tale”, by the Iraqi author Taha Hamad al-Shabib), and additional Arabic-language books published in Hebrew in recent years, it is tempting to think that the barrier separating Israel and Arab countries has been breached, and that Arab literature is now becoming accessible to the Israeli reader, in Hebrew.

However, those involved in translations of literary works from Arabic to Hebrew know that the reality on the ground is more complicated. The situation is not clear-cut and shades of grey abound between the opposing poles: authors who wholeheartedly permit the translation of their works into Hebrew, and on the opposite pole, writers who categorically prohibit this.

The most conspicuous element of the Arab discourse concerning translations into Hebrew is the lack of a unified approach concerning the sale to Israelis of foreign rights to publish translations of literary works. This is evident in the lively debate and the divergent responses to translation from Arabic into Hebrew, in addition to the different approaches of authors themselves when they are asked to provide permission to translate their works. This discourse is characterized by bewilderment and even a sense of incredulity, stemming largely from a lack of familiarity with Israel and its cultural scene, and the tendency not to distinguish between the Israeli state, those involved in the literary world in the country, and the diverse public that is exposed to literary works in Israel.

When approached by Israelis with a request to translate their work, Arab authors (and those who own the copyright to their works) are often caught off guard and are unsure how to act. Some agree without reservations, arguing that Hebrew is merely “another language,” and any translation provides them with additional exposure. Other authors provide their consent orally and state that they are not interested in having a written agreement or royalties from the translation, to avoid wider exposure of their assent, which may engender angry reactions from the public or professional syndicates in their country.

During a conference attended by the author, organized by Maktub – The Circle of Translators from Arabic to Hebrew at the Van Leer Institute in Jerusalem, which dealt with the matter of normalization and translation, the Palestinian author and translator, Antoine Shalhat, stated that he “does not believe in the formal act of selling foreign rights, since many writers across the Arab world do not see a real problem in translating their works by Israelis. Moreover, the formal signing of a document granting foreign rights or a contract to translate their work places these writers in a problematic situation, in which they have to come into direct and public contact with official bodies in Israel. Sometimes, these are institutions supported in one way or another by the state or its arms.” Requiring an official agreement makes authors “hesitate, and eventually, in some cases, to refuse to grant the foreign rights,” Shalhat argued.

Alongside the authors who cautiously grant permission, there are writers who oppose any contact with Israel, while others grant their permission publicly and without reservations. The latter position stems, in part, from the bankruptcy of many of the cultural and political foundational values of the Arab world in the era after the 2011 uprisings (known as the “Arab Spring”). Another cause for this shift in certain countries is the political “restart” they underwent, such as Iraq after its occupation by the United States, its collapse and current reconstruction.

The collapse of these traditional values brought to the fore a new generation of Arab intellectuals who no longer countenance the conservative, isolationist and defensive approach toward Israel. Some of these authors live in exile (in Middle Eastern countries other than their homeland or in the West) and they have developed a deeper and more nuanced understanding of Israel and its political and cultural landscapes.

As a result, over recent years a growing number of prominent writers in the Arab world have been willing to grant foreign rights to Israeli publishers to translate their works, in stark contrast to the previous consensus that called for a complete boycott of Israel and all cultural contact with it. At times, Arab authors do not even inquire about the political or ideological leanings of the translators or Israeli publishing houses to whom they grant the foreign rights. The authors’ decision is guided by the desire to have their work published in Hebrew to reach Israeli readers, as opposed to the conservative approach that is preoccupied with the dangers inherent in contact with bodies based in Israel.

An example of the bewilderment currently experienced by many Arab authors can be found in the commentary of the Iraqi writer Muhammad Hiawi published by the London-based al-Arab website. Hiawi wrote the op-ed following a request he received from an Israeli to publish one of his novels into Hebrew: “Is translation into Hebrew, which some consider to be the language of the enemy, considered a form of normalization?” asked Hiawi. “This question sprang to mind when I received a letter from a Jewish researcher living in Haifa who asked for permission to translate my novel into Hebrew. This forced me to consult my friend, the author Samah Idriss [the head of publishing house the “al-Muassasa al-Arabiya” in Beirut], who is known for his opposition to all forms of normalization, including the cultural one, with Israel. [Idriss’ response] was that as long as this researcher works at a university established on stolen land, the whole process would be a clear act of normalization.”

Bus Idriss’ position apparently failed to convince Hiawi, who argued in his article that despite the importance of boycotting Israel, translation to Hebrew guarantees exposure, and may even create a link between Arab authors and Jews of Arab descent present in Israel. Such translations may also foster ties with the Leftist camp in Israel, which supports the Palestinians and their struggle.

Nonetheless, despite these changes and the growing understanding among Arab authors of the cultural landscape in Israel, many others continue to consider Israel as an illegitimate state established on the lands of another people, after those people, the Palestinians, were massacred and expelled, and therefore all cooperation with Israelis is prohibited. This position may dampen the excitement about the growing cultural ties between Israel and the Arab world, but it is the right of those authors to continue maintaining this worldview and deny Israelis access to their works.