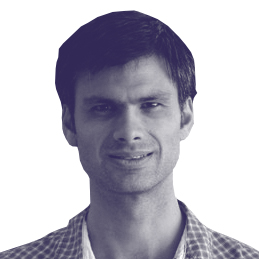 The drawn-out journey since the leader of the Blue and White party, Benny Gantz, decided to break his campaign promise of refusing to be a partner in a government under the leadership of Benjamin Netanyahu, via the negotiations towards forming a government, to the composition of government guidelines and allocation of government ministries, has been characterized primarily by the invention of terminology that would justify this government.

The first term invented to justify negotiating this government was "national emergency government". Gantz justified rescinding his opposition to sitting in a Netanyahu government following the spread of COVID-19, echoing the national emergency government established leading up to the Six-Day-War, when Prime Minister Eshkol's MAPAI government joined forces with Moshe Dayan, Menachem Begin and others to deal with the impending war. However, instead of devising plans to deal with the virus, economic recovery, renewed investment in the health system, and implementation of new long-term social norms, it soon became clear that this "national emergency government" was merely a term whose purpose was to justify a broken campaign promise. The political leadership instead dealt with the potential "emergency situation" of a rotating prime minister finishing his tenure and becoming a mere minster, thus being forced to vacate his position due to three indictments, the potential "emergency situation" of a candidate for prime minister being a "lame duck" candidate in new elections, or the "emergency situation" of politicians serving only as Members of Knesset rather than as ministers.
In order to prevent such "emergency" scenarios, this new government invented a new position – "alternative prime minister". This term's purpose is to ensure that he who has completed his role as prime minister (or he who is to assume that role following the rotation) will not have to make due with being a mere minister (and will thus be permitted by law to continue serving in a senior office even under indictment). As this role serves no need and has no actual content, there was a need to at least allocate it with some kind of form and stature, such as an official residence, security detail for family members, and other honors generally reserved for the actual prime minister.

In the days leading to the formation of the government, there was a need to invent numerous new government ministries and divide others into separate ministries, as there was a sudden need for a Minister of Settlement Affairs, a Minister of Cyber and National Digital Matters, a Minister of Secondary Education and Water Resources, Minister of Community Strengthening and Advancement, and, of course, Minister without Portfolio.
The fruits of these inventions have created a substantial challenge – what kind of content can be given to these ministries, if these responsibilities were previously under the auspices of other ministries? For example, how will the role of the Ministry of Community Strengthening and Advancement be different than that of the Ministry of Labor and Social Welfare, which already was granted a "step-brother" in the previous government in the form of the Ministry of Social Equality? In essence, instead of dealing with the very real social welfare problems facing society following the outbreak of COVID-19, a new government ministry in which jobs will be handed out at the public's expense was established.

Government ministries that lack content can potentially create more significant problems than merely wasted public funds. For example, when the Ministry of Strategic Affairs was invented as the "step-brother" of the Ministry of Defense (in order to satisfy the candidate who did not receive this position, Moshe Ya'alon), there was no clear concept of what this ministry would actually do. After a period of inactivity, it was determined that under the leadership of Gilad Erdan, this ministry would handle the investigation of activists who engage in "de-legitimization" of the State of Israel. In essence, in order to invent content for the ministry, there was a need to invent enemies. Hopefully, the newly invented ministries of the current government will not require the invention of new enemies.

The invention of new lexicon detached from reality has an additional implication: terms that once had meaning no longer represent something concrete in reality. For example, it was at one time clear what the term "political party" represented: an ideological movement that has certain institutions which represent the will of its party members. However, today, numerous parties represent nothing more than a group of people (or even one person, in the case of the Gesher party) who decide to brand themselves under a certain name for as long as that name represents their personal political interests. As such, the Telem party can become part of Blue and White, which can later transform into Derech Eretz, according to the direction that the wind is blowing at any given moment. The party names and frameworks have no permanent meaning, in essence, representing nothing more than the will of their leadership at any given moment. As such, the voters of both Blue and White and Labor-Gesher-Meretz expressed, in retrospect, a kind of split personality: half of every vote supported entering the Netanyahu government, and the other half supported sitting in the opposition.

With respect to the issue of annexation, which both its supporters and opposers present as a fateful decision, it is worthwhile to ask if this is a term which will, indeed, change reality. The implementation of annexation would likely result in international adulation from one side of the political spectrum and condemnation, or even opposition, from the other. However, whoever is familiar with the decades-long reality of "creeping annexation", whether it is labelled "annexation" or "temporary belligerent occupation", knows that reality of whoever lives under its rule is not impacted by a change in terminology. In the end, perhaps the term "annexation" is simply another term detached from reality.
Tweet Send Email
More Articles

Article / Yaël Ronen
Morocco First: Does American Recognition of Morocco’s Sovereignty Over Western Sahara Foretell the Status of the West Bank? Article / Keren Abbou Hershkovitz
What Use Are Feminist Interpretations of Islam? Article / Shmuel Lederman
Mr. Jamaal Bowman Goes to Washington (and the Democratic Party distances itself from the Israeli right) Article / Gabriel Abensour
Anti-Nationalist, but not Anti-Zionist: The Political Philosophy of Rabbi Adin Steinsaltz