Morocco First: Does American Recognition of Morocco’s Sovereignty Over Western Sahara Foretell the Status of the West Bank? 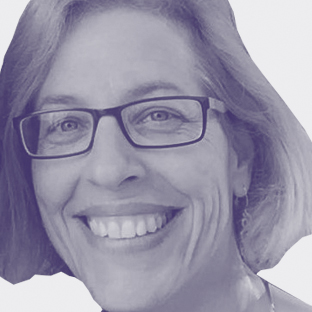 Jordan Valley: Easy to annex, hard to back out

Prime Minister Netanyahu has declared his intention of annexing the Jordan Valley. Prof. Yaël Ronen explains how easy this would be under Israeli law – and how hard to undo

On the eve of Israel’s general elections in September 2019, Prime Minister Benjamin Netanyahu declared his intention to apply Israeli sovereignty to the Jordan Valley and the northern Dead Sea, an area within the West Bank. Such a move would be Israel’s third purported annexation of land it occupied in the 1967 war, after East Jerusalem in 1967 and the Golan Heights in 1981. A state annexes land by unilaterally declaring it is applying sovereignty in a certain territory. International law does not recognize acquisition of land through use of force (whether that force was used lawful or not). This is why the international community does not recognize Israeli sovereignty over East Jerusalem or the Golan Heights (with the possible exception of the United States, which maintains ambiguity on both issues). However, the annexation of these territories is valid under Israeli law, where domestic legislation takes precedence over international law.

The mechanism that would allow annexation of the Jordan Valley, and the repercussions of such a move, can only be understood in the context of previous annexations. On June 27, 1967, three weeks after the end of the Six-Day War, the Knesset added section 11B to the Law and Administration Ordinance , 5727-1967, which stipulates that “the law, jurisdiction and administration of the State shall extend to any area of Eretz Israel designated by the Government by decree.” The next day, the government issued the Law and Administration Decree (No. 1), which provided topographical markers defining the area known as ‘East Jerusalem’ where Israeli law, jurisdiction and administration would apply. In 1981, the government could not rely on section 11 to issue a decree extending Israeli sovereignty over the Golan Heights, as it related to “any area of Eretz Israel”, i.e. Palestine under the British Mandate. The Golan Heights were never part of the British Mandate in Palestine. Accordingly, this territory was annexed through ordinary legislation, The Golan Heights Law, 1981. Importantly, the words “annexation” or “sovereignty” do not appear anywhere in Israeli law. The choice of phrase “the law, jurisdiction and administration of the State shall extend” was intended to deflect international criticism. Yet Israel’s Supreme Court ruled that in essence, it is identical to applying sovereignty – i.e., annexation.

As for annexing the Jordan Valley and the northern Dead Sea: since the area was part of Palestine under the British Mandate, section 11B can serve as the basis for a government decree of annexation, like East Jerusalem. All it would take is a government resolution!

If annexation is so easy, why has Israel not annexed the Jordan Valley, or Area C, or all of the West Bank until now? After all, promises and threats in this spirit have often been bandied about. The government certainly had the power to issue a binding resolution on the matter (a stable government, not a transitional one). The obstacle was, of course, political. One risk is domestic politics: recent governments may very well have had a cabinet majority in favor of annexation. But they might have risked losing the parliamentary backing needed to remain in power.

Another political liability is external. First, annexing the Jordan Valley, or any other part of the West Bank, would violate the 1995 Interim Agreement, in which both Israel and the Palestinians undertook to refrain from unilateral measures. Despite many accusations and unresolved issues, both Israel and the Palestinian Authority view the agreement as binding (mostly as regards the other party…). Annexing any part of the West Bank would be tantamount to publicly abandoning the Interim Agreement, paving the way for the Palestinians to take steps to which Israel objects. Second, regardless of the agreement, annexation would violate international law. The international community would not recognize it, just as it has not recognized the annexation of East Jerusalem or the Golan Heights. To date, the Israeli government has chosen not to test the limits of international patience, although criticism has never led to operative steps against it.

While annexation is easy, withdrawing is hard. Legally, a government decree is enough to apply Israeli sovereignty in the Jordan Valley. Yet withdrawing from the area in future, should a permanent agreement be reached, would require stringent legislation. This is no accident: in 1999, after negotiations with the Palestinians and Syria in which the future of Jerusalem and of the Golan Heights were discussed, members of Knesset feared that the government would agree to concessions in these areas. Consequently, the Knesset adopted the Law and Administration Law, 1999. Under this law, “a government resolution whereby the law, jurisdiction and administration of the State will not apply to a territory requires approval by a Knesset majority and a referendum” (pending a referendum law). This legislation transferred the power to decide upon territorial concessions from the government to the parliament (or the public), even if the government carried out the annexation. The 2014 Basic Law: Referendum stipulates that withdrawing from a territory in which Israel applied its sovereignty will require a Knesset majority (61 or more MKs) and approval by referendum or Knesset majority (80 MKs). In 2018, the Basic Law: Jerusalem, Capital of Israel was amended in a largely similar manner.

The referendum law was intended to pose a legislative obstacle to any withdrawal from land that Israel sees as part of its sovereign territory. While it applies to all Israeli land, talk of territorial concessions focuses largely on the areas annexed since 1967 (and occasionally on the idea of a land swap in which Israel would withdraw from the Galilee ‘Triangle’).

Interestingly, despite the supposedly harsh conditions that the Basic Law requires for legislating a withdrawal, the Basic Law itself can be amended with a basic law approved by a Knesset majority. This requirement is still more stringent than ordinary legislation, but is less far-reaching than it may appear. In other words, if 61 MKs support a withdrawal from the Golan Heights or any other area deemed part of Israel under Israeli law, those 61 MKs could amend the Basic Law itself and determine that a withdrawal is possible under different conditions, including less severe ones (the same applies to the Basic Law: Jerusalem, Capital of Israel). Declarations of eternal annexation – of a unified Jerusalem, of the Golan Heights, and in future, perhaps, the Jordan Valley and the northern Dead Sea – are mostly political rhetoric.

Legally, therefore, the situation is not symmetrical. Annexation is easy; withdrawal – less so. The political picture is different. For many years, political forces have been the barrier to annexation. Yet if a particular conjunction of circumstances drove the government to bow to annexationist pressure and declare the annexation of the Jordan Valley and the northern Dead Sea, opponents of this move would probably not have the power to undo it.

Article / Zeev Levin
We Would Like to Support the Jews. Are There Any Left Here? Article / Shaul Arieli
The Day Netanyahu Made a Laughingstock of Trump Article / Yaël Ronen
Morocco First: Does American Recognition of Morocco’s Sovereignty Over Western Sahara Foretell the Status of the West Bank? Article / Gabriel Abensour
Anti-Nationalist, but not Anti-Zionist: The Political Philosophy of Rabbi Adin Steinsaltz