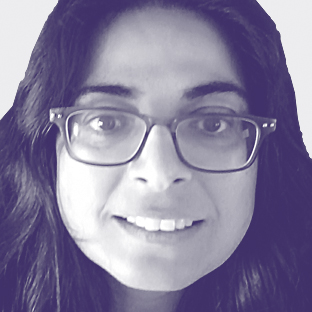 Since coming into office, the Trump administration moved with great zeal to shut down the UN agency assisting Palestinian refugees, UNRWA. Against the backdrop of geopolitical changes and the decline in the reputation of the agency, the Palestinian refugee question has been transformed in the eyes of the West from a humanitarian issue to a security threat

Since taking office, the Trump administration moved aggressively to shut down the UN agency for Palestinian refugees, UNRWA. The United States, the largest donor to the agency, completely froze its donation for this fiscal year. According to email correspondence exposed by Foreign Policy Magazine, Jared Kushner, the son-in-law and senior Trump advisor, is attempting to shut down the agency, and place the responsibility for providing services to the refugees on their host countries – possibly mainly on Jordan –and the UN High Commissioner for Refugees (UNHCR), which handles all other refugees worldwide.

Some historical background: UNRWA was founded in 1949 to provide emergency assistance to Palestinian refugees of the 1948 war who scattered in Gaza, the West Bank, Jordan, Syria and Lebanon. This is the largest and best endowed UN agency in the Middle East, and the second largest service provided to Palestinians after the Palestinian Authority. UNRWA employs about 30,000 Palestinian and is the sole UN agency identified with a certain national group and its struggle for independence.

All other refugees around the world receive assistance from the UNHCR, including Palestinian refugees who reside outside the aforementioned countries and regions. Israel and the United States, justifiably, accuse UNRWA of inflating the number of refugees – in 1950, there were 750,000 registered Palestinian refugees, and today about five million refugees are registered – a third and at times a fourth generation of refugees.

Despite Israel’s misgivings, until recent years, the position of the agency was secure. UNRWA was a symbol of the plight of Palestinian refugees and was awarded with sizable budgets from donor countries, particularly the G7 nations, budgets that were often perceived as ‘hush money’ of the international community. For example, in a speech delivered in Canada in 2007, Karen Koning AbuZayd, the Commissioner General of UNRWA (2005-2010), stated: “My agency and its work have come to symbolize the view that the international community cares about Palestinian human and humanitarian needs, and wishes these to be addressed in spite of the challenging political and security environment.”

But in the following decade, the standing of the agency began to erode, alongside decreased international attention to the Israeli-Palestinian conflict. Western leaders focused instead on the effects of regional instability on cross-border terrorism and immigration flows to Europe. The rise of conservative leaders, chief among them Donald Trump, also played a significant role in the decreased attention to the plight of the Palestinians.

Thus, some Western leaders came to perceive UNRWA as a problem instead of a solution. For example, in 2011, the Dutch minister of foreign affairs announced that his government will reexamine its contribution to UNRWA. In May 2018, the Swiss minister of foreign affairs argued that UNRWA has become part of the problem, because it preserves the refugee camps and the ‘right of return’ instead of acting to integrate the refugees in their host countries.

The growing pressure on UNRWA and the cuts to its budget have led the agency to rebrand the “Palestinian question” and turn Palestinian refugees from victims to a security threat. Filippo Grandi, the Commissioner General of the UNRWA between 2010-2014 (and currently the head of UNHCR) would often praise the Palestinians in his speeches for their strength and steadfastness (“sumud”). He did this while being subjected to pressures by donor countries to make the agency more efficient, fire international employees due to budget cutbacks and offer a more balance curriculum in the agency’s schools.

On the other hand, the current Commissioner General of UNRWA, Pierre Krähenbühl, who assumed his position in 2014, during the rise of ISIS, significantly altered the rhetoric of the organization, a possible sign for growing pressures on the agency. Unlike his predecessors, Krähenbühl does not praise the steadfastness of the Palestinians, instead emphasizing UNRWA’s commitment to neutrality, and warning that reducing the budget of the agency will contribute to the radicalization of Palestinians, turning them into a security threat.

In a February 2018 interview to the Guardian newspaper, Krähenbühl stated after the freeze of the U.S. donation to the organization: “but this is the biggest and most severe [funding crisis] in our history. I have just come from the Munich security conference. At every seminar, people were asking the same question: about security and how we combat radicalization. If you want to ask us how to avoid radicalizing Palestinian youth, then it is not by cutting $300m in our funding.”

To what kind of radicalization is Krähenbühl referring? Surely not to Hamas, which is not mentioned in any official speech by UNRWA’s leadership. Krähenbühl is warning the international community that cutting the budget of the agency will lead Palestinians to support ISIS – the jihadist organization terrorizing the West, which has not made significant inroads among Palestinians. In a speech he gave in Amman in 2016, Krähenbühl made the explicit warning: “When I look at the region, like you I sense the risks of radicalization of desperate young people are huge. Extremists are on the constant lookout for new recruits. To date, few young Palestinians have answered the calls of groups like Daesh.”

In March 2018, during a conference held in Roma by UNRWA’s donor countries, Margot Wallström, Sweden’s Minister of Foreign Affairs, called to increase the donations to the organization. But her arguments did not focus only on Palestinian suffering, but also presented the Palestinians as a security threat. “We need to remember,” said Wallström, “that UNRWA is of strategic importance to all of us, exerting a stabilizing influence on a region severely affected by conflict and extremism.”

It is possible that Trump will fail in his efforts to shutter UNRWA, and due to strong European backing, the agency will manage to overcome the current crisis and raise enough funds to continue operating. Whether UNRWA survives or shuts down, the Palestinian have already lost – in the eyes of the Western world, the Palestinian refugee question has gradually transformed from an object of empathy to a burden and a security threat.

Article / Gabriel Abensour
Anti-Nationalist, but not Anti-Zionist: The Political Philosophy of Rabbi Adin Steinsaltz Article / Mikhael Manekin
Is it possible to fight against separation and promote it at the same time? Article / Shaul Arieli
The Day Netanyahu Made a Laughingstock of Trump In-depth Analysis / Moshe Behar
In Search of a Game Changer